The Armenian Evangelical Church of Sydney has always been a loving family of faith. It was established in 1966 and has nurtured and grown to its present state by the commending efforts of all those who have worked and laboured for the glory of God. On May 12 1966, 12 faithful members gathered for the first worship service at the Congregational Church sanctuary in Nerumbern. In 1973, Rev. B. Geukgeuzian, representing the Armenian Missionary Association of America, flew to Sydney on a fact-finding mission. He did not take long to conclude, as proposed by certain members of the congregation, that it was in the church’s interest and longevity to become a member of the Congregational Union and on July 29, the installation of the church took place with the commitment of 78 members. On October 24, 1973, during the Congregational Churches Union meeting in Naamaroo Conference Centre, the church was recognised as the Armenian Evangelical Church and the Naremburn Sanctuary was given as a brotherly donation to be used as worship place for as long as the Church existed and remained a member of the Congregational Union.

With the formation of the Uniting Church in Australia in 1977, the Armenian Evangelical Church automatically became part of the Uniting Church, as the only Armenian Parish in Australia, in the Sydney North Presbytery. In 1984 the church moved to 32 Frenchs Road, Willoughby. Now we have our new sanctuary, which was built in 1996 and dedicated to God on November 10, 1996 and the Minister's Residence, which was built in 2002 and officially opened in February 2003. The membership reaches to 250 active members with 65 families and is governed by the Church Council and Committees.

Between the years 1991 and 1993, the church applied for membership to the Union of Armenian Evangelical Churches in the Near East (UAECNE).

Since its establishment our Church has grown in numbers, with new comers through migration and marriages of young couples. We could see a bright future and hope for the best with the helping hand of our Heavenly Father. 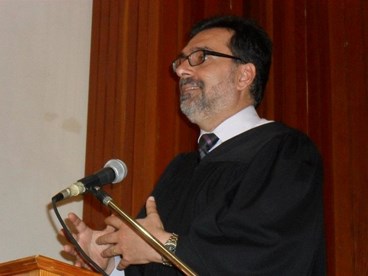